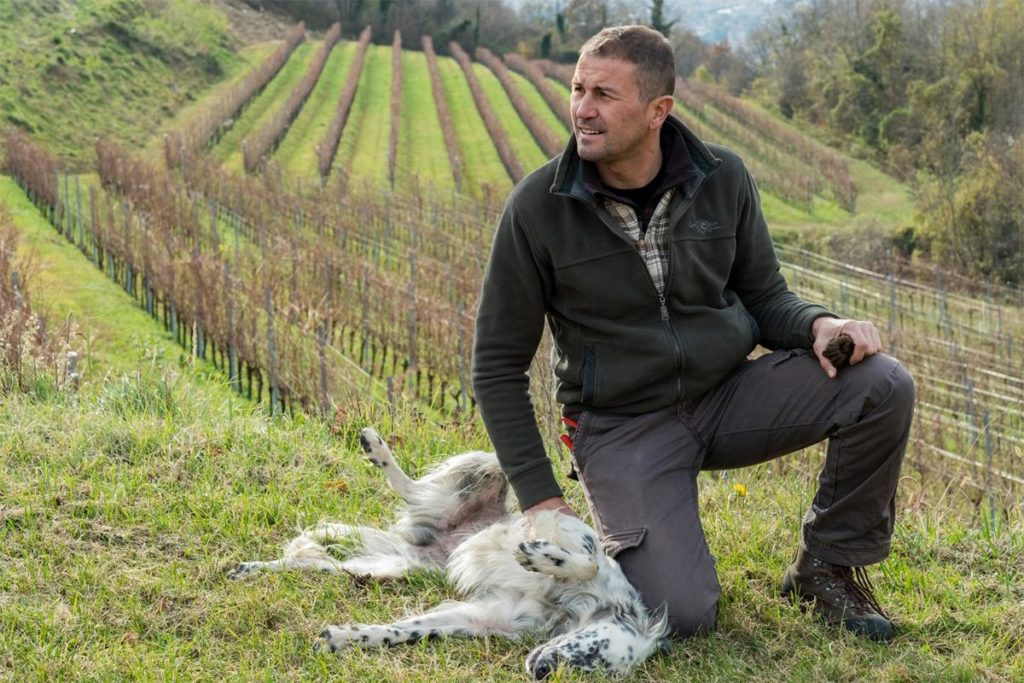 Marzio Bruseghin, from the bike to the winemaking

Marzio Bruseghin, the retired internationally famous cyclist, lives of passion and dreams.  His great passion is the bike, but together with his family he share the passion for a life in the middle of nature … vineyards and donkeys.
Certainly when Marzio Bruseghin pedaled during his brilliant cycling career, he never spared himself … along the sections where he passed the Giro d’Italia, in the areas near Vittorio Veneto, there are still the writing on the asphalt and on the walls , of who incited him … “W BRUS Al MUS” … because he was pulling like a donkey.
The donkeys have always been a distinctive symbol for his fans, to the point that they made a series of handmade hats with donkey ears for his closest friends who incited him along the route of the Tour of Italy … One year I saw along the Combai at the passage of the Tour of Italy a donkey in skin and bone with the pink bandana on his head, brought by the fans of  Marzio Bruseghin  because they thought that the caps were not quite visible to him when he passed.
The donkeys continue to be part of his life, since 2003 he started to realize another great dream that continues to grow …the Marzio Bruseghin winery. It is an entire hill above Vittorio Veneto, in the locality of Piadera, dedicated to the cultivation of biodynamic vegan prosecco wine. The mowing of the grass is done by donkeys to safeguard the protection of the environment.
The Bruseghin family gives a warm and friendly welcome to all the guests of the winery. Thanks to the cyclist fame of Marzio and to all the friends he has known in the world, during his cycling career, a lot of famous people often come from far away to buy his prosecco (Amets). Among the many characters I remember the visit of the American actress Katherine Kelly Lang, aka BROOKE LOGAN of the soap opera BEAUTIFUL, passionate about cycling and prosecco.
Certainly those who come to visit Vittorio Veneto must absolutely put in the program a visit to the Marzio Bruseghin winery. From up here you can enjoy a breath-taking view of Vittorio Veneto, as well as being able to taste good organic Prosecco.